Barbican: From Our hall closed Your House
From rising London jazz star Nubya Garcia performing her debut album (October 29) to a musical journey through space and time with Brian Cox and the BBC Symphony Orchestra (December 13), the upcoming season of the Barbican includes 12 concerts performed by broadcast live on its stages. Also on the bill are Americana by clarinetist and saxophonist Shabaka Hutchings with the Britten Sinfonia chamber orchestra (November 18) and a solo set by the popular Geordie musician Richard Dawson (October 25). There’s also a special performance as part of the 2020 EFG London Jazz Festival, where the Mercury-nominated 10-piece Seed Ensemble will celebrate the 80th birthday of jazz icon Pharoah Sanders (November 14th).
• £ 12.50, various dates through December 13th, limited numbers can attend in person (£ 20) barbican.org.uk 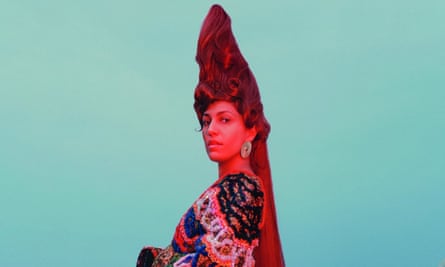 Lafawndah, the Egyptian-Iranian singer-songwriter from London

Four audiovisual shows will be switched live worldwide via Mixcloud as part of the introduction of virtual ticket events on the music platform. This allows musicians to generate income, while live performances are still almost impossible. Flying Lotus, also known as Steve Ellison, will play a Halloween set accompanied by artists from his electronic label Brainfeeder. Music and film come together in a performance of new material by Irish singer-songwriter Róisín Murphy. In addition, deep house DJ Leon Vynehall will present a new audiovisual show and electro-acoustic chamber ballads from Lafawndah will be shown live from St. James Church in Clapton, east London.
• From £ 9.60, October 25th to November 21st, mixcloud.com

Southbank Center is inside out 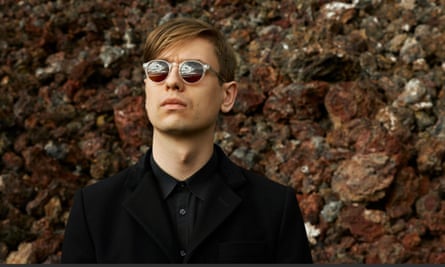 Artist in residence and Icelandic pianist Vikingur Ólafsson, violinists Tasmin Little and Alina Ibragimova, the London Philharmonic Orchestra and a takeover of jazz by cellist Abel Selaocoe are among the highlights of the Southbank Centre’s virtual Inside Out program. Also on the bill for more than 40 events are the refugee and migrant comedy collective No Direction Home, as well as conversations by writers and activists such as Angela Davis, Kae Tempest, Arundhati Roy and Alicia Garza, co-founder of Black Lives Matter.
• Free – £ 12, southbankcentre.co.uk 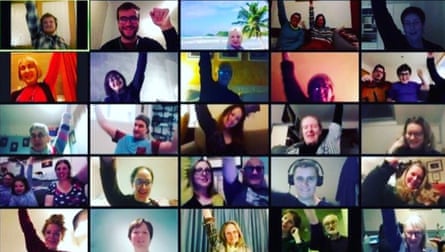 Warm up the vocal cords with a twice-weekly choir session, often with 500 or more singers from around the world. It was launched by vocal director James Sills during the initial lockdown and is intended to help combat global self-isolation. The 45-minute simultaneous singalongs that encourage people to break into songs as if no one is listening require neither experience nor melodious tones. This is followed by a 45-minute open mic session where people share songs, poems, stories, pets, creative endeavors, and so much more! People can register with a recommended donation or join the members’ club for £ 10 a month (most come to some sessions for free and then join as members).
• Meetings Tuesday at 7.30pm and Friday at 11am (UK time), thesofasingers.com

Broken virtual festival Presents … We dance as one 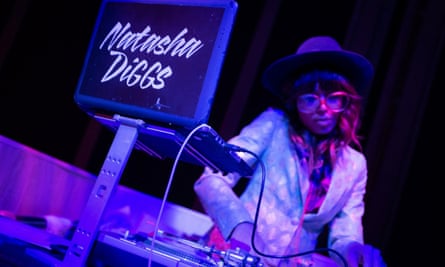 Defected Records is hosting three free online events to unite party-goers worldwide and raise awareness of the plight of nightlife. After a successful summer run of virtual festivals, the first event will feature dance music legends from their homes or favorite nightclubs, including Carl Cox, CamelPhat, Dennis Ferrer, Disciples, Mike Dunn from Smartbar in Chicago, and Natasha Diggs from New York’s House Of Ja, and Sam Divine from the Ministry of Sound in London. The sets will be broadcast live on YouTube, Facebook and Twitch. More acts will be announced.
• Free, October 30th, November 27th, December 31st, defected.com 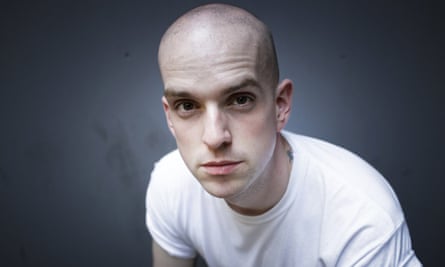 Although bookworms will not be able to attend the Todmorden Book Festival in West Yorkshire’s Calder Valley, an area rich in literary heritage, this year, organizers are running a program of free events online. Lectures will be given by poet Andrew McMillan (pictured), environmentalist Jonathon Porritt, and author Amanda Owen, AKA, the Yorkshire Shepherdess. There will also be a screening of the short film Walking the Watershed Landscape, which explores the South Pennines through the eyes of the Rochdale-based Kashmiri Ramblers. rehearsed readings of the six selected pieces of the festival; an open mic performance night and more.
• Free of charge, 6.-14. November, donations welcome, todmordenbookfestival.co.uk

Online bookbinding workshop with We Make Books
Practical zoom workshops run by the artist-run educational organization We Make Books aim to impart bookbinding skills and promote the appreciation of the “book as an independent art object”. In the next few courses, you’ll learn how to make a hardcover notebook with folds, sews, covers and sleeves (£ 47, including materials, November 14th). and experimental bookbinding, creating three unique book structures including a star accordion made from reclaimed paper (£ 21, November 9, workshop only). Tailor-made workshops for groups are also offered. 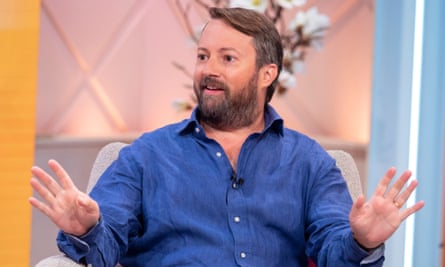 Conservationist Dara McAnulty, who recently became the youngest winner of the Wainwright Prize for British Nature Writing, will speak to author Robert Macfarlane at this year’s Cam Lit virtual festival. McAnulty was diagnosed with autism at the age of five and has a connection with the outdoors in Northern Ireland, which became a lifeline and inspired him to write a young naturalist’s journal. Also on the bill so far is a poetry evening with the artist and activist Jay Bernard and the deaf poet Raymond Antrobus, both Ted Hughes Prize winners. There will also be events with children’s book author Jacqueline Wilson, comedian David Mitchell (pictured), poet, writer and playwright Simon Armitage, and writer and journalist Matt Haig. More will be announced.
• Click “Interested” on Facebook from November 19-22 for £ 5 to stay informed about ticket releases 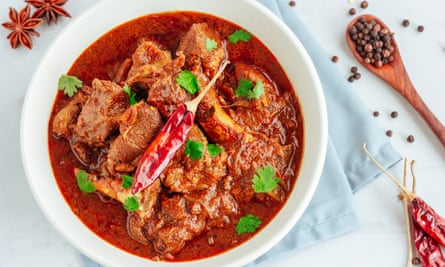 From Roman aperitifs to tacos dorados in Mexico City, Sri Lankan curry to Hungarian goulash – livestream private cooking classes for groups can be booked with chefs around the world via the Withlocals platform. The website’s goal is to connect people with diverse cultures and to support local hosts who share skills, flavors and hidden gems from their home countries. Most online experiences are customizable and last 1 to 2 hours. Attendees can invite friends and family to sign up from virtually anywhere. You will all receive a shopping list in advance.
• From £ 32 at withlocals.com 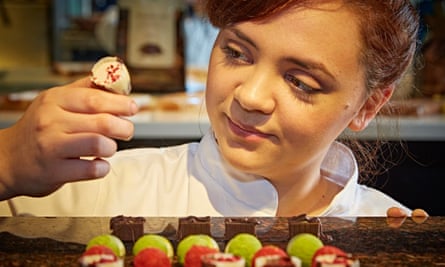 York, the former home of Terry’s, Rowntree’s, and Craven’s, has a long history of chocolate-making families and has been home to the York Chocolate Story visitor attraction since 2012. The city still produces 80,000 tons of confectionery a year. The museum now offers interactive virtual chocolate experiences for large groups of friends and colleagues (for more than 10 people). There is a one hour live online tour (£ 22.50 per person including pre-sent samples), a master class lesson with a chocolatier who will be able to make, decorate and piping handcrafted chocolates (£ 35pp including ingredients, minimum 10 people) and a pampering praline taught-hour tasting (£ 35, including a selection of chocolates, minimum 10 people). Custom events and chocolate cocktail add-ons are also available.
• yorkschocolatestory.com 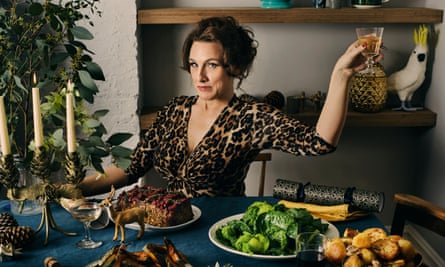 Grace Dent with her vision of a perfect Christmas dinner. Photo: Lizzie Mayson / The Guardian

The Guardian’s restaurant reviewer Grace Dent speaks to food writer Felicity Cloake about her new book Hungry: a Memoir of Wanting More on the day of its release on October 29. Dent’s nostalgic stories are both a personal culinary biography and a record of 40 years of British cuisine. They tell how they grew up eating beige food and Tunnocks tea cakes, cheese and pineapple hedgehogs, and how a schoolgirl ate chips in a Carlisle canteen. The live broadcast will be followed by a Q&A.
• From £ 5, October 28, theguardian.com 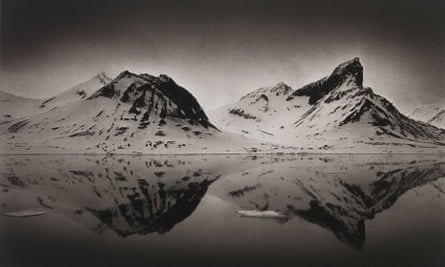 Late at Tate is one of several events going online this month. A special edition will look at reflection on life in Lockdown, short films, conversations, music and audio artworks (October 23). Curator Tamar Hemmes also tells the stories behind Don McCullin’s photographs (November 24th). A panel discussion will address the ethics of photojournalism (November 12th). and a screening of Zanele Muholi’s documentary Difficult Love will be followed by the South African artist in conversation with Lady Phyll of UK Black Pride (November 17).
• Free of charge, different dates, donations welcome, tate.org.uk.

Workshops with the Guggenheim 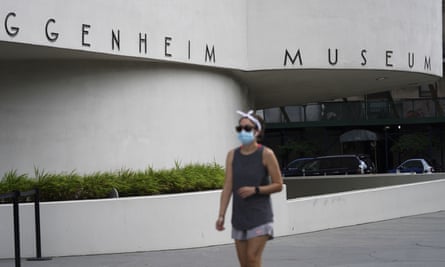 From portrait painting to collage, miniature masterpieces are created in the Guggenheim art courses for children. Live sessions from New York for ages four to 14. During the 45-minute online sessions, process-driven creative projects will be inspired by artwork from the Guggenheim’s collection as well as the architecture of the museum itself ($ 15, a list of materials will be emailed in advance). It also offers adult art workshops ($ 20) that cover still life (October 23), pattern printing (November 6), and relief printing (November 13).
• guggenheim.org 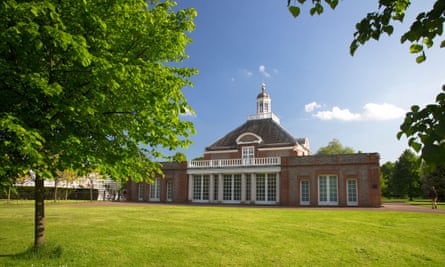 2020 marks the 50th anniversary of the Serpentine Galleries, which will be marked by a series of virtual events. Some are also part of the gallery’s long-term environmental project, General Ecology, including Long Time Sessions, a series of free 14-day live conversations about creating a better world for future generations. The Shape of a Circle in the Head of a Fish is a two-day virtual festival (free, December 5-6) that brings artists, scientists and collectors together to explore the teeming ecology of the earth. In addition, several digital archives are now online as well as experimental app-based graphics.
• serpentinegalleries.org

How to Use Technology to Prepare for Travel During the…

Aeropostale: The hero pilots who connected the world by…