Have you thought of a place that is anywhere other than India? When you have done this, you are not alone. When I was playing this game with my husband the other day, I first thought of the rolling green hills of Ireland and the sandy beaches of Bali. But if we play this game again, I’ll go with the quaint little hill station Dalhousie in Himachal Pradesh. And it is thanks to The Musafir Stories that I opened my eyes and ears to the beauty of this and other treasures visible on the map of India.

Started in early 2017 by Saif Omar (36) and Faiza Khan | (31), The Musafir stories (TMS) is a travel podcast for India only. They say about his origins: “In 2017 we returned to India from the USA. When we got here we realized that India has so much potential in terms of travel, but it’s not that well explored. With the TMS podcast we were not only able to make contacts, but also to explore India, albeit virtually, through the eyes of its residents and travelers. “Their only aim is to highlight the unimaginable beauty that India has to offer within its borders.

One of our favorite episodes recently was exploring Landour with Aakash Mehrotra | Photo credit: The Musafir Stories

TMS has released 88 episodes so far, and each episode is a chat with a traveler or a travel blogger and sometimes even a local who either reaches out to them with a purpose or is sought out by the couple for their expertise The topic is like their most recent podcast , a walkthrough from Hampi by Anirudh Kanisetti, a fellow podcaster and creator of Echoes of India – a podcast that explores our story. “It was a mix, but most of the time on the show we have people who have traveled to these destinations, bloggers we met, and so on. If we notice, we schedule an interview and the rest of the process follows, ”says Faiza.

Listen to our conversation with the duo:

Saif adds, “With every decision we make, we want to offer our listeners the most authentic experience. We wanted to cover both the breadth and depth of each place and the stories behind them. “And we all know the rich heritage and culture that every state, city, town and hill station in India is blessed with. If you check out the episode listing on www.themusafirstories.com or any of the many platforms they are on including Spotify, JioSaavn, and Google Podcasts, you will see the variety of places it has covered – from the metropolis of Bengaluru to the aesthetic cities of Mechuka and Bastar. On a ride | Photo credit: The Musafir Stories

But how do you even decide where to start in a vast country? Saif weighs that. “It’s a conscious choice, we try to mix it up as much as possible so that there is diversity. We wanted to avoid the beaten to death routes and bring to the fold places and voices that are hidden gems while at the same time keeping them very talkative and informative. “The duo tell us that while they discuss details like accessibility, the best time of year to visit and the places they want to see with their guests, they also do a lot of research before posting everything on their website and Instagram Publish page.

The duo not only wanted to avoid the beaten to death routes, but also to avoid deadly media for travel enthusiasts. While there are a multitude of blogs where content can be consumed through the written word and videos / vlogs that are nice enough to get you dopamine levels, Saif and Faiza realized that it was for the generation that is always on the go is, there is no audio-only platform in India that could allow them to travel vicariously while logging into their daily steps or waiting in bumper traffic on a weekday morning. “Audio also has the ability to draw a mental imagery of the place in the listener’s head. This aspect of storytelling has the power to let your imagination run free and motivate you to get more involved with the place, ”says the duo from Bengaluru. 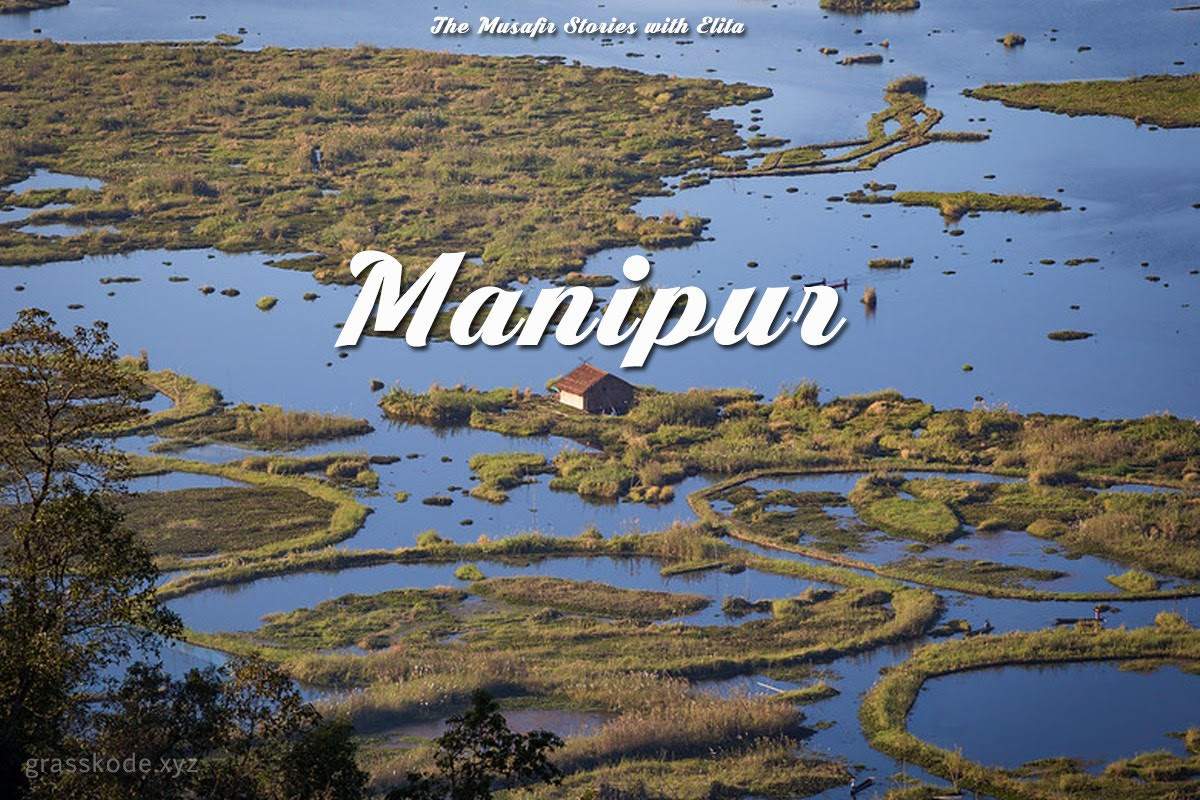 Although the podcast, which has over a million listeners on various audio platforms so far, is a passion project that the duo started as a bonding exercise after getting married, they are now very motivated day in and day out by the type of feedback they have received receive. With the pandemic and the lockdown that followed, her audience has understandably grown and her podcast has served many as a form of entertainment and enlightenment. “We’re thrilled with all the positive feedback, but we’re just scratching the surface and only reaching a handful of what our potential audience could be. We’re always thinking about how we can increase engagement and reach more people, ”Saif says.

Faiza then tells us about the newest item on her website, an episode card. It’s a map of India with the destinations they have covered so far and the relevant podcasts are linked as well. This map also served as inspiration for the duo, as they were able to determine which regions they have and which don’t. “I think we visited some places in the north – Himachal Pradesh and Uttarakhand – because the people love the mountains and also the seven sisters – the northeast. But we found that we didn’t cover central India and we recently recorded an episode with Chitrakoot in Madhya Pradesh, “the duo say, adding,” When you look at India’s terrain, it’s mind-blowing – you have the mountains on you Side, the desert, plateaus and beaches – it has every element. “ 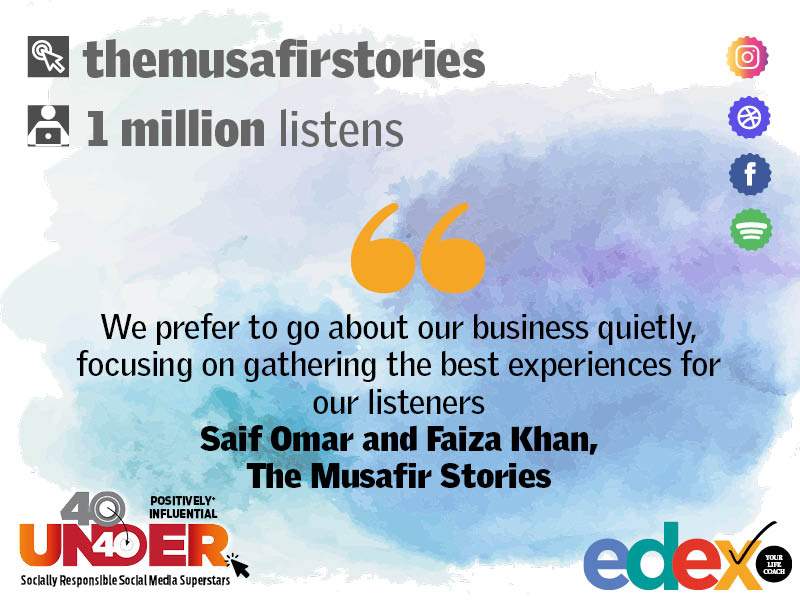 With two episodes per month, there doesn’t seem to be a shortage of places to cover for Saif and Faiza. And whether you enjoy traveling or at least want a cool lesson in India’s history and geography, plug in your headphones and read the Musafir Stories.

Edex and The New Indian Express have curated the 40 Under Forty list since 2017. In 2017 we presented collections of effective basic teachers, in 2018 innovative start-ups and in 2019 environmentalists. All of the individuals selected were selected following a careful editorial selection and nomination process. Contact us at [email protected]

Entrepreneur Paras Gola Inspiring Journey From Being a Influencer to…